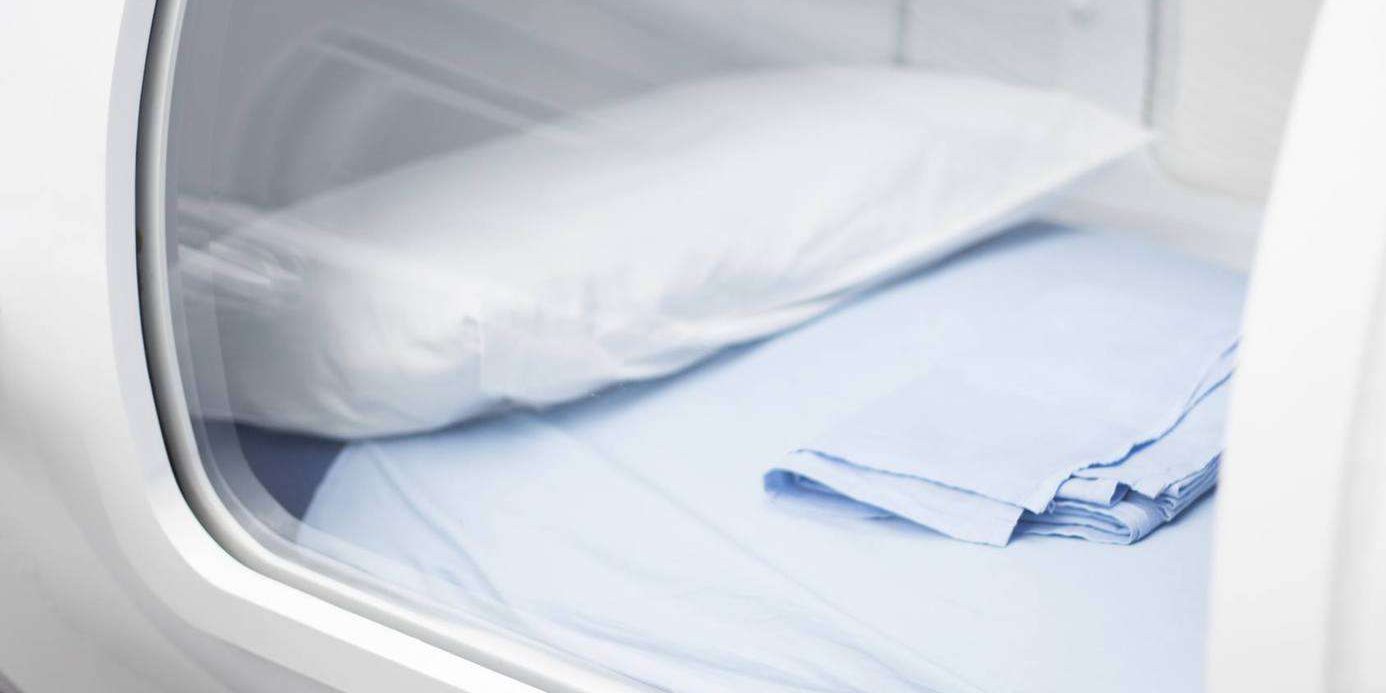 So, while we have the technology to fly drones across the globe, millions of Americans are grappling with cancer’s deadly potential. And over 595,000 people are expected to die from it this year alone. That’s almost 600 thousand lives lost with over one and a half million new lives at risk! We may have flunked high school math, but those numbers make it clear that the conventional odds are hardly in our favour.

We all know that modern cancer treatments have some nasty side effects, but most people would agree that they seem like a much more attractive option than the imminent death being guaranteed by doctors. But there’s a catch to chemotherapy and radiation that most people aren’t informed on, and that’s that modern cancer treatments may pose even bigger problems because they involve horrible toxins and the slicing and dicing of body parts that are really quite handy. Go to the American Cancer Society site, and you’ll see that chemotherapy and radiation are known to cause cancer themselves, so cancer patients that actually make it through the roller coaster of treatment may face another cancer diagnosis from recurrence or a new type of cancer.

All of this is quite a doozy, but what’s most startling is that America’s approach to cancer doesn’t address the elements that allowed cancer to start in the first place. Cancer has an undeniable connection with lifestyle factors like stress and poor diet, so a healthy meal plan and a healthy mind set are an obvious necessity with healing cancer. Taking this new approach comes with a lot of risks and backlash, but there are doctors stepping outside of the norm so that they can truly help their patients. As you’ll see below, doctors are seeing that anti-cancer compounds combined with healthy food and positive psychology may be the only approach to beating cancer.

Raw and organic herbs and plants are crucial to health and vitality, but bring on the heat via distillation and you have a potent bottle of highly concentrated plant compounds. Lab studies have shown that frankincense extract can inhibit tumors and induce apoptosis in breast cancer cells, and others have witnessed frankincense killing pancreatic cancer cells. The holy basil so treasured by India has also killed breast cancer cells in the lab. Scientists have seen that tumor cells resistant to chemotherapy can’t resist cytotoxic essential oils like thyme, and they’ve studied bergamot’s effects on the neuroblastoma cells that cause so many cancers in children. The bonus benefits of aromatherapy can help even further by reducing stress (a big factor in cancer risks).

Get the Health Ranger’s Essential Oils and Diffusers.

According to Dr. Gabriel Cousens, adequate iodine is imperative to health. He says that it’s found in and used by every hormonal receptor in the body, playing a role in important processes like hormone production and protein synthesis. It’s also an anti-inflammatory with very powerful antibacterial properties (missionary Stephen Fisher uses it to treat malaria cases in Zambia).

In addition to supporting a healthy immune system, iodine acts as an antioxidant to remove toxic free radicals and plays a role in the death of unhealthy cells (apoptosis). Iodine’s use in preventing and reversing cancer poses HUGE potential. Studies on iodine’s impact on breast cancer, lung carcinoma, and so on, only validate iodine’s potential. Suggested dosages will vary between doctors, with daily recommendations ranging from Mercola’s suggested 400mcg, to Cousen’s 12,000-100,000mcg, and Sircus’s 10,000-200,000mcg. Compare that to the National Institute of Health’s iodine RDA of 150-290mcg and you may wonder if all those cancer “conspiracy theories” are as crazy after all.

Get the Health Ranger’s Nascent Iodine.

As of today, the DEA denies marijuana’s medicinal uses with its “Schedule 1” drug classification; claiming it has high potential for abuse and no medicinal use. It makes cannabis products seem unhealthy–not to mention dangerous–but when you consider that America’s drug companies are making trillion of dollars off of sickness and disease, it’s not surprising that lobbying legislators are against medical marijuana.

Cannabidiol (CBD) is a non-psychotropic compound derived from the cannabidiolic acid of cannabis. Studies have shown that cannabidiol can halt progression of cancers like glioblastoma and lung, prostate, and colon cancer. Other studies suggest cannabidiol kills brain and breast cancer cells.

The world’s pharmaceutical companies are spending an estimated $110 billion a year in pursuit of new drugs that can be developed by herbs. So, we might as well spare ourselves the trip to the pharmacy and let our kitchen cupboards serve as our medicine cabinet. Now, there are hundreds of thousands of different plants to be studied, but recognized anti-cancer herbs and spices include allspice, basic, caraway, cardamom, cinnamon, clove, coriander, cumin, dill, garlic, ginger, rosemary, saffron, thyme, and — perhaps most important of all–turmeric.

You’ve probably never heard of the late Dr. Johanna Budwig, but this biochemist, pharmacologist, and physicist was a leader in European cancer research. Dr. Budwig’s work with cancer focused on the the connection between diet and the electrical needs of a body’s cells.

Long story short, she saw that cancer patients were low in lipoproteins and phosphatides. Her studies revealed that pure unsaturated fats pack electrons that are crucial to cellular health. This plus other research led her to develop a cancer protocol that revolved around electron-rich flaxseed oil and cottage cheese (for chemical help from its sulfur protein).

How has this diet affected cancer patients? Well, the Budwig Protocol gets Dr. Axe’s thumbs up for cancer prevention and cancer “treatment.” It’s an unsaturated fact!

Oxygen is imperative to health because it acts as a “natural antibiotic.” There’s also some scientific factoid claiming we need it to live. Therefore, it comes as no shock that oxygen has a powerful connection with cancer. O2 is a definite must-have, but ironically enough, the O molecules floating around in the air make up just 21% of our atmosphere. Hyberbaric oxygen therapy (HBOT) chambers tackle this by creating an enclosed, pressurized environment with air that’s up to 100% oxygen. The combination of high oxygen and atmospheric pressure takes oxygenation even further by going beyond the red blood cells.

Many CAM experts state that cancer is a result of a compromised immune system, and so the focus is to build up the body’s natural defenses so that it can heal and repair itself. A metabolic regimen focuses on building immunity, stimulating metabolism, and cleansing the body of harmful toxins.

Therapies like the Kelley Metabolic Protocol focus on changing cancerous conditions through the pancreas. The organ is responsible for producing over thirty different enzymes. Some of these enzymes have the ability to breakdown proteins — like, say, the protective coating of proteins surrounding cancer cells. Dr. Nicholas Gonzalez enzymatic approach to cancer was based upon a protocol developed by Dr. William Kelley; a dentist-turned armchair “health practitioner” who created the program in the 70’s to address his own pancreatic cancer. Dr. Gonzalez took a spin off of Kelley’s protocol and, years later, even used it to treat celebrity Suzanne Somers’ breast cancer. The Gerson Therapy is another pioneer in this type of anti-cancer therapy.

Alternative health practitioners claim cancer can’t exist in an alkaline environment while conventional doctors say there’s no way acidity causes cancer. What can be agreed upon is that the body maintains a neutral blood pH of 7. The body’s buffering process makes this all possible, thus duping the idea that cancer is caused by acidity — but there’s another side to this. When the foods we eat are absorbed into our bloodstream, acids are dumped into cells to ensure that the blood pH doesn’t change. These toxic, acidic cells may die, but some may continue to live (and even thrive and divide) despite compromised health.

It’s also known that the rapid growth of cancer cells has them feeding off of glucose and producing lactic acid (which is obviously acidic). These factors make a strong case for the connection between pH and cancer. Experts in Complementary Alternative Medicine (CAM) addresses this with approaches that may involve alkaline diets, cesium chloride, raw-based food programs, and so on.

Now that you have an idea of the powerful remedies that can prevent or reverse cancer, it’s time to decide if any of them seem right for you. There are links throughout this article that will take you to studies and expert proponents for natural health. Whatever options you feel compelled to explore, be sure to do your own research and to find legit experts for consultation. It’s also imperative to keep the doc in the loop and get their support and expertise on all the options thrown on the table. If this expert is deficient in the support and expertise department, it may be time to find another doc for the job.

There are a ton of options for preventing and healing cancer, and it can be overwhelming, but it can all be simplified with the wise words of ”herb doc” Dr. Robert Schulze.

“You can heal yourself of anything, just STOP doing what is making you sick and START doing what will create powerful health.”

Sources for this article include: